As much as I wanted to wait until all the free agents with draft compensation signed, I feel that it’s time to make the first mock draft of the year for MinorLeagueMadhouse. While picks are usually done as either Best Player Available, Easiest To Sign, or General Manager’s Draft Philosophy, I’ve decided to go by need in the minors. To be more precise, which position in the top 20 is the weakest, or, if there is a clear cut pick, or if the general manager has a philosophy that they have publicly disclosed (like Jeff Luhnow of the Astros or Sandy Alderson of the Mets,) So without further delay, here is the first mock draft of the year for Minor League Madhouse. 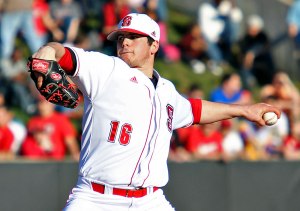 Carlos Rodon is the consensus number 1 pick in the draft right now, and nothing short of a Rick Ankiel-type meltdown will change that. The Astros have a strong enough pitching presence in the minor leagues right now, but Luhnow will be hard pressed to give up on the potential that Rodon has. With a major league caliber slider and fastball, as well as a preference to strike out hitters. Rodon, who helped NC State make the College World Series last year, is definitely going to fit in what could be the best future rotation in the league. 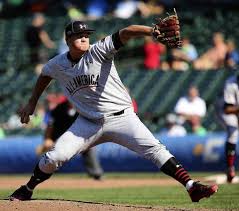 The Marlins have reaped the benefits of one high school arm that they drafted, why not go for another that looks Major League ready? Kolek is arguably one of the best prep arms in this year’s class. He has a fastball that is better than some collegiate pitchers, in addition to a well rounded arsenal of secondary pitches. Kolek’s only knock is is command and control, which is common for flame throwing prep arms, not to mention he’s behind on his development thanks to an injury he suffered in his sophomore year, but in showcases, he’s looked like the genuine article, and would be a perfect developmental athlete, as he can only get better.

Last year, I pointed out that Chicago’s weakest position in the minors was catcher. And they did have the opportunity to grab a catcher early with Nick Ciuffo and Jon Denney on the board. However, they whiffed on both. Now, they have a golden goose in Alex Jackson, who comes from the same high school as Cole Hamels. Jackson is a well rounded high school catcher, although he does need improvement in commanding a game. He has plus power, decent speed, basically, he has the chance to be one of the better prep catchers in the last few draft classes. If Jackson fails behind the plate though, he could make it as an outfielder, where his arm would be his best strength. 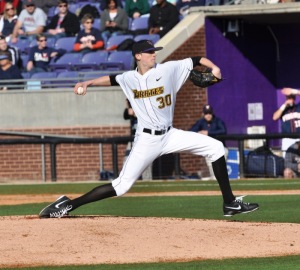 The Cubs have bolstered their position player ranks in the past few drafts, now it’s time to go back to pitching. Hoffman, who pitches for a smaller school in East Carolina, is tall and gangly, but pitches like he’s in prime athletic shape. Hoffman’s fastball is something to behold, and his curveball is almost at the same level. He controls the ball well, but he will need to work on his finesse if he wants to be a high end starter.

You can never have enough pitching, especially when it comes to lefties. Brady Aiken is a bit of a reach for the Twins, but given that they don’t have a top ten left handed pitching prospect at the time of this writing, it may be a good idea, both position wise and money wise, to go after him. This isn’t to diminish Aiken’s skill set, the young Southern California hurler is definitely even and well rounded in his skill set. He’s a jack of all trades pitcher, with no set primary pitch, which is good, as it serves as a reminder to the better days of Johan Santana. Aiken’s athleticism is also a plus, although now that his future has been set as a pitcher, he should focus primarily on that. Still, Aiken and 2013 pick Kohl Stewart would headline a young, and powerful pitching class should the Twins decided to pick him. 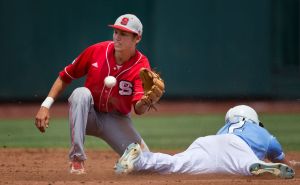 The Mariners don’t seem to have a problem with a specific position, what they need, however, is speed. NC State shortstop Trea Turner is the answer to that problem. Turner has major league legs, and while his hitting is developmental right now, he is somewhat respectable in that category. Turner is still fully transitioning from third base to shortstop, which is fine, but if he wants to advance a few levels, he will need to improve on his fielding. Still, Turner profiles as a #1 or #9 hitter in an American League lineup, which isn’t necessarily a bad thing for him.

Byron Buxton was the star of the 2012 draft class and Austin Meadows and Clint Frazier were the stars of the 2013 prep class, now, Michael Gettys becomes the next high level hitter from the state of Georgia. Gettys’ game is focused now on his legs and his arm, but his hitting, when properly developed, could make him into the next prep hitting star. Given Ryan Howard likely will retire when Gettys comes around, and there really isn’t a power presence to back him up yet, it would be a good idea for the Phillies to capitalize on the Georgia Prep slugger trend. 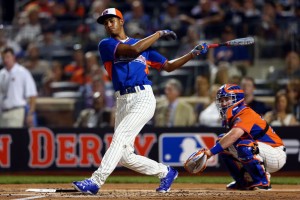 We got an early peek at Jacob Gatewood last year at Citi Field’s high school home run derby, and he certainly put on a show, but besides that, Gatewood is a well polished athlete who despite his body, has the potential to be one of the better hitting shortstops in history. Tall and lanky, he does have the potential to lead the league in home runs, especially in the thin air of Denver. Given the injury history and likelihood that Troy Tulowitzki may not finish his mega contract extension, taking Gatewood would be a wise insurance policy for the Rockies. He and 2012 first rounder David Dahl could make a lethal power combination for years to come.

Surprised that Toronto would try again? You shouldn’t be. Beede was drafted by the Blue Jays out of high school as a first rounder in 2011, but he turned down the money to honor his college commitment. Three years later, Beede has emerged as one of the best pitchers in the SEC and after a historic campaign with the Commodores, brought himself into the Golden Spikes conversation. Beede’s offerings, particularly his fastball, are devastating to hitters, but what he needs improvement on is his control. Beede has the chance to continue the legacy of excellent Vandebilt pitchers started with David Price and continued with Sonny Gray this past year. If he can improve his control, he should be in the majors by late 2015-early 2016. 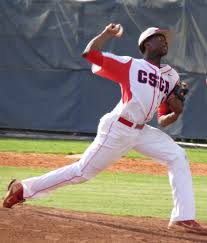 If what Keith Law speculates from his interview with Sandy Alderson is true, then Alderson must be talking about Touki Toussaint. Here’s a guy who has come out of nowhere, established himself as a truly different pitcher who, with some help, can control and even expand the strike zone with his fastball and major league curve. Touki has the potential to make an impact in any rotation, and his curve should allow him to strike out plenty of batters, provide catchers are able to handle it. The only knock on him is his lack of experience; Toussaint did only start playing his sophomore year of high school, and his international background; while he is from the Caribbean, Haiti isn’t exactly a baseball hotbed. Still, his arm is very loose and worth looking at, and having it in the same rotation as Zack Wheeler, Noah Syndergaard, and Matt Harvey would be scary.

So this is part one. Stay tuned part 2, which is due to come out some time next week.